A Taste of Chiba’s Delicious Fruits

Chiba Prefecture ranks as one of the five most agriculturally productive prefectures in Japan, thanks in large part to its mild marine climate and relative abundance of arable land. In this article, we’ll introduce the most popular fruits that are grown here and the different ways to enjoy them. If you’re interested in eating and buying locally on your next trip in Japan, consider bringing your taste buds on a fruit tour of Chiba!

The Strawberry Road, a stretch of route 126 that runs through Chiba’s Sanmu City, is known as one of the largest strawberry producing areas around Tokyo. About 20 different strawberry farms line the road, and many of them offer strawberry picking, a great activity for groups and families. In the spirit of ichigo-gari, the Japanese word which means literally “strawberry hunting,” you can forage for the unique varieties of strawberries that are grown here like the “Chiba Berry” or the delectable “black” strawberry. Come hunt for your favorite and get your fill!

These fruits have a gentle sweetness, but also some tangy accents for a unique flavor and aftertaste. Similar in size and texture to a plum or apricot, it can be plucked, bitten into, and enjoyed right off the tree. Chiba has an abundance of loquats, so it’s also quite common to see them packaged and prepared in other ways; dried, preserved in jams, and of course used in cookies and other sweets.

The Biwa Club is a great place to jump into the world of this unusual but special fruit: //www.visitchiba.jp/things/biwa-club/

Chiba is the “pear prefecture” of Japan! The type of pear grown here is usually called an “Asian pear” in English. They are known to have a satisfying crunch, yet burst with moisture and sweetness. The “Kousui” variety is perhaps the most popular, as it combines rich flavor and gentle acidity into a refreshing treat. Ichikawa City, which borders Tokyo, is famous for its many producers of pears, as well as the sweets shop “Montpellier” which is highly renowned for having incredible sweets making use of the fruit: gelatin and bouchée to name a couple famous ones.

Strawberry picking is a fun activity to let you touch and taste the bounties of nature. Along this road, there are many places you can pay a small fee to stroll the strawberry fields, picking ones that catch your eye.

(Exit at the Sammu Naruto Interchange on the Chiba Togane Road)

Biwa Club is a “Michi-no-Eki” (Japanese-style roadside rest stop) originally built to promote local industry. You can find all sorts of tasty products that use 'Biwa' (loquats), and other local goods, as well as get info on tourist experiences and attractions in the Minamiboso area.

Montpellier is a sweets shop in Ichikawa City. They specialize in European sweets, such as fruit gelatin using Ichikawa City's famous pears, as well as bouchée, and their very popular mont blanc. 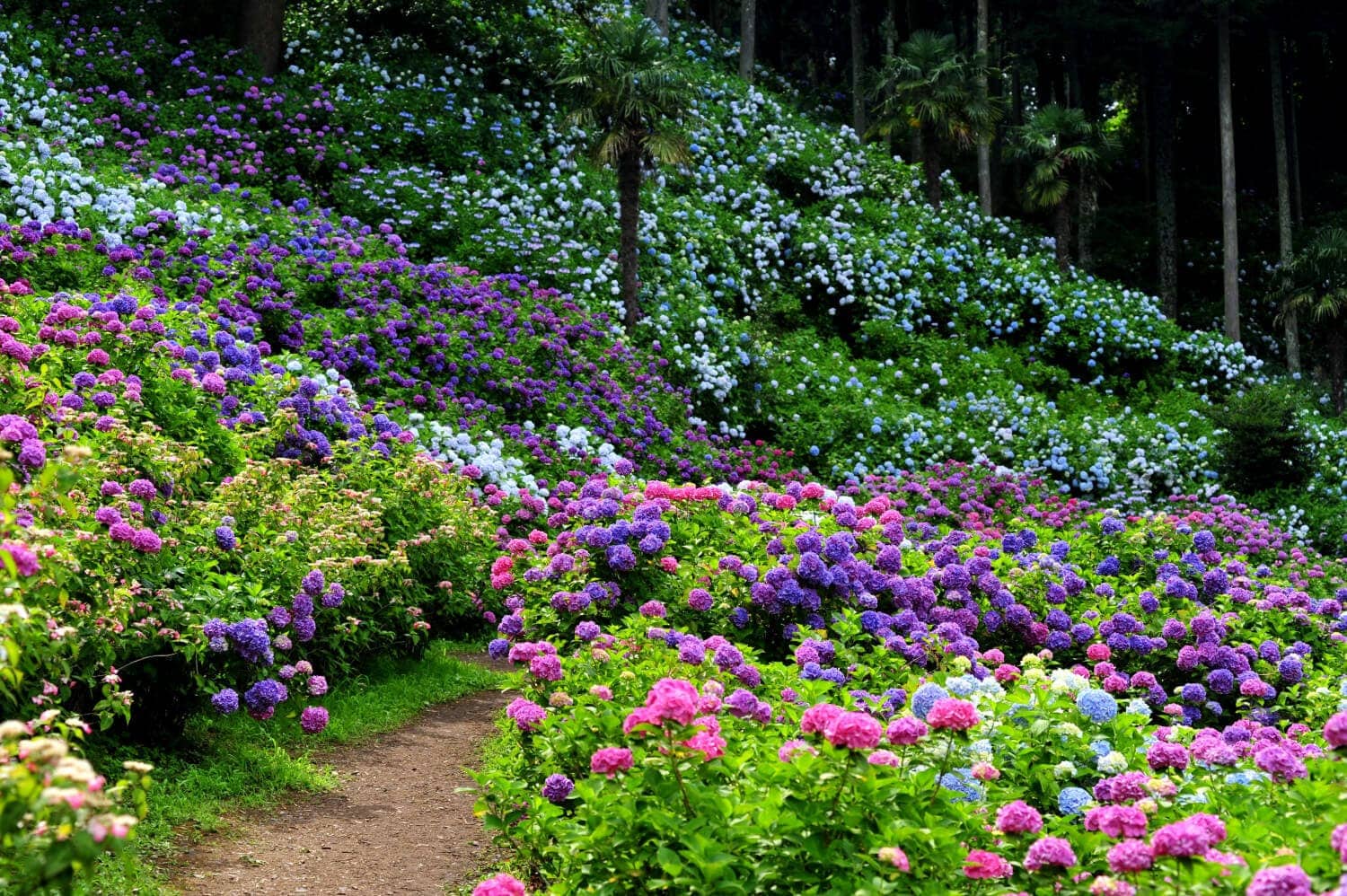 Hattori Hydrangea House: The Fruits of Chiba’s Beauty Mizushiro Orchard-Garden: fruit, farming, and a feast to top it off Heguri Hub: Discover the Chiba Countryside